On the tenth anniversary of the groundbreaking The Geometry of Pasta, ckbk co-founder Nadia Arumugam recalls where she discovered the book, and tells why it was one of the first to appear on the ckbk site – and brings to life some of her most memorable pasta-based memories from her teenage years in Italy.

I chanced upon The Geometry of Pasta a decade ago in a small, highly curated bookstore in New York City’s West Village. Book designer Caz Hildebrand’s striking black-and-white cover of pasta-shape illustrations caught my attention, but it was the name of her co-author, Jacob Kenedy, that made me pick up the book.

It turned out that this was the same Jacob Kenedy who I had attended school with in London many years ago. We shared a lot of laughs and great conversations, and I recall having more than one great meal at his home. He’s now a well-known chef with an acclaimed Italian restaurant, Bocca di Lupo, a gelateria called Gelupo and a deli, all in London’s Soho, to his name. He is also the author of two cookbooks with a third on the way.

The delectability of pasta

There are few things in life as completely satisfying as a delectable dish of pasta. Delectability, in my mind, comes together when certain criteria are checked. Thoughtful pairing of sauce and noodle shape – nooks and crannies to embrace the chunks of a meaty ragu, or slippery, smooth noodles for the slick sauce of an aglio e olio to coat.

Pasta cooked just enough to retain a pleasing bite and bounce without requiring too much chewing on the diner’s part. And, of course, a sauce – thick and unctuous or light, fresh and herbaceous, one that is so moreish and gratifying you wish for an empty room to lick the bowl clean.

I don’t mean to suggest that a dish of pasta has to be transcendental to be enjoyable. Not at all. It simply has to be prepared with care and attention, and some kitchen know-how. 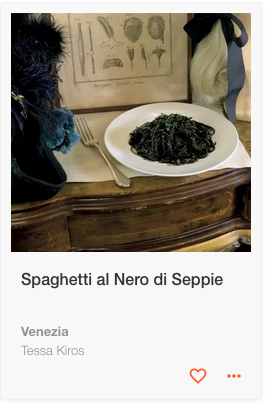 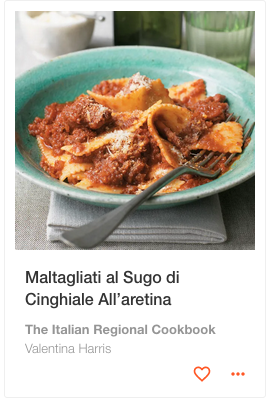 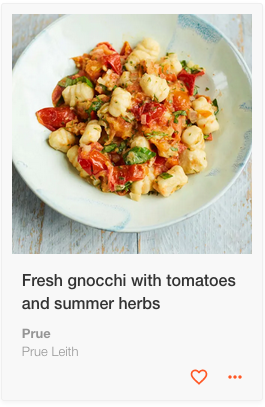 A pasta lover’s tour of Italy

I’ve been lucky enough to become intimately acquainted with Italy over the years. As a young child, my family explored the country extensively during vacations and if the sights have faded somewhat in my memories, the recollections of the panoply of regional pasta specialties are as vivid as ever.

The freshest shrimp entangled among inky black spaghetti in Venice. Steaming tubes of rigatoni coated in pecorino cheese and tossed with crisped cubes of cured pork jowl (guanciale) in Rome. Tender pillows of gnocchi bathed in a flavorful, basil-infused tomato sauce and baked with chunks of mozzarella in Naples.

Flat trenette noodles coated in pesto with young potatoes and green beans as per authentic Ligurian tradition in Genoa. An umami-bomb of a ragu, slow-cooked and thick with sausage and rendered down in red wine paired with malloreddus, little ridged pasta dumplings in Sardinia.

When I was a teen, my parents bought a home among the rolling hills of Tuscany and with that came the great adventure of discovering the finer points of the cuisine of a single region beyond the omnipresent ribbons of pappardelle coated in a rich, deeply savory wild boar ragu (as comforting as comfort, food could possibly be).

There is the Sienese specialty pici al’aglione, a study in purity and wholesomeness in which fat, hand-rolled strands of pasta are dressed in a simple but so tasty garlicky tomato sauce. And, hailing from the ancient town of Lucca, the ravioli-like tordelli Luccese, filled with meat, nuts, pecorino, raisins and swiss chard.

Having laid out my credentials as a voracious consumer of pasta (and a little bit of a know-it-all in that regard), it will come as no surprise then that when Matt and I first began working with publishers to license books for ckbk, The Geometry of Pasta was one of the first titles we secured. The book is filled with a wide range of wonderful recipes, some entirely authentic, some truly innovative and some modern twists on classics, and it also proffers a fascinating history of the variety of pasta shapes found across Italy.

In the foreword Kenedy writes:

As a testament to the primary importance of composing a great dish of pasta, Kenedy describes in vivid detail how one should select the pasta variety depending on the kind of tomato sauce you make.

The recent pasta crisis that besieged parts of northern Italy during the period of the Covid-19 lockdown is further evidence of the significance of pairing sauce to shape. In March, around the Lombardy region, which was hit especially hard by the virus, Italians were panic-buying all manner of necessities (much like everyone around the globe). More than anything, it was pasta that they were filling their shopping carts with. Photos cropped on social media of endlessly long pasta aisles, all empty… save for singular towers of boxes of penne lisce.

‘Lisce’ means smooth and this variety of smooth-sided pasta tubes are held in low regard. Northern Italians adhere to the principle that penne rigate, with its ridged exterior, is far superior as sauce can cling to the ridges ensuring each bite is the perfect amalgamation of pasta and sauce.

Even in the extreme circumstances of a global health disaster, it seems, Italians refused to compromise on their pasta principles. Even as I admire their incredible resolve, I don’t think I could possibly contemplate a pandemic menu sans pasta, even if it is a lesser shape, could you?

Hopefully we won’t have to. The last time I checked, the shelves near me, at least, are back to being well stocked with everything from farfalle and rotelle to linguini and bucatini. So please be sure to dip into The Geometry of Pasta and find something that suits your mood, and your noodles.

The Geometry of Pasta is available in full to ckbk members all over the world, thanks to our new partnership with the book’s US publisher, Quirk Books. To celebrate the book’s 10th anniversary we’re offering 25% off ckbk Premium Membership with code PASTA25.

Nadia Arumugam, co-founder of ckbk, was born in Kuala Lumpur and grew up in London, where she trained trained as a chef, and she now lives in New York City. She’s a cookbook author, award-winning food writer and editor, and a novice restaurant investor, as well as an indisputable lover of all things edible and culinary. Whether she’s perfecting her gourmet mac and cheese for her discriminating toddler or hosting multiple-course dinner parties, she (almost) always has something simmering on the stove.