Haggis is at the heart of Burns Night celebrations

Burns Night is observed every January 25th, the birthday of celebrated Scottish poet Robert Burns. Suppers are held in his honor and include a feast of haggis, Scotch whisky and a sharing of favorite Burns’ poetry.

Cookbook author Ghillie Basan shares the background of the infamous haggis, and the poem that puts it at the center of every Burns’ Night celebration.

Basically haggis is humble peasant food. It was a way that my Scottish ancestors used up every bit of the animal – the heart, liver, lungs, kidneys, intestines, fat and stomach. They and many other indigenous cultures were practicing ‘no waste’ cooking long before it became a fashionable expression!

I have tasted several different versions of haggis in Sicily, Turkey, Russia, the Balkan countries, the Middle East and North Africa so the idea of cooking offal with onions, salt and black pepper (some cultures add lots of spice), combining it with mutton fat or beef suet and oatmeal (or other grains) and stuffing it into the stomach of a sheep or the intestine of a cow is not particular to Scotland. However, because there are few written records of its origin, it is difficult to know if the Scottish haggis is a unique invention or if it is perhaps adapted from an ancient Roman recipe, but every Scot will proudly tell you it is a national dish!

Since Robert Burns wrote a poem about the humble haggis, praising it as the ‘Great chieftain o’ the pudden race’, it has been the traditional dish to serve on Burns Night (25th January) along with mashed neeps (turnips/swedes) and mashed tatties (potatoes) and it is ceremoniously brought to the table to the tune of the bagpipes and then toasted with a dram of whisky.

A dish that used to be so humble and presented plainly as a communal meal on a kitchen table has now been elevated to a dish of national significance and many jokes, such as the haggis being an actual animal running wild around the hills. What this animal looks like varies from rodent-like to wild boar, depending on the character who tells the story, and sometimes you come across signs saying ‘haggis freshly caught this morning’ outside shops and pubs. When buying a haggis, though, you need to know which butcher to go to as they do vary in quality and taste and most of the commercial ones are wrapped in plastic rather than the stomach or intestine. Making your own haggis is very satisfying – we do this at home using a cow’s intestine as the sack and then twist and knot the ends to keep it sealed. When a haggis is good, it is really delicious. My children and I enjoy it all year round.

This unjustly maligned delicacy can be delicious when prepared with expert guidance. Make your own to feature in your Burns Night menu.

For those avoiding animal products, vegetarian haggis can now be found for purchase throughout the U.K.

Cookbooks with a Scottish accent

Explore the classic food of Scotland—traditional dishes and modern inspirations. 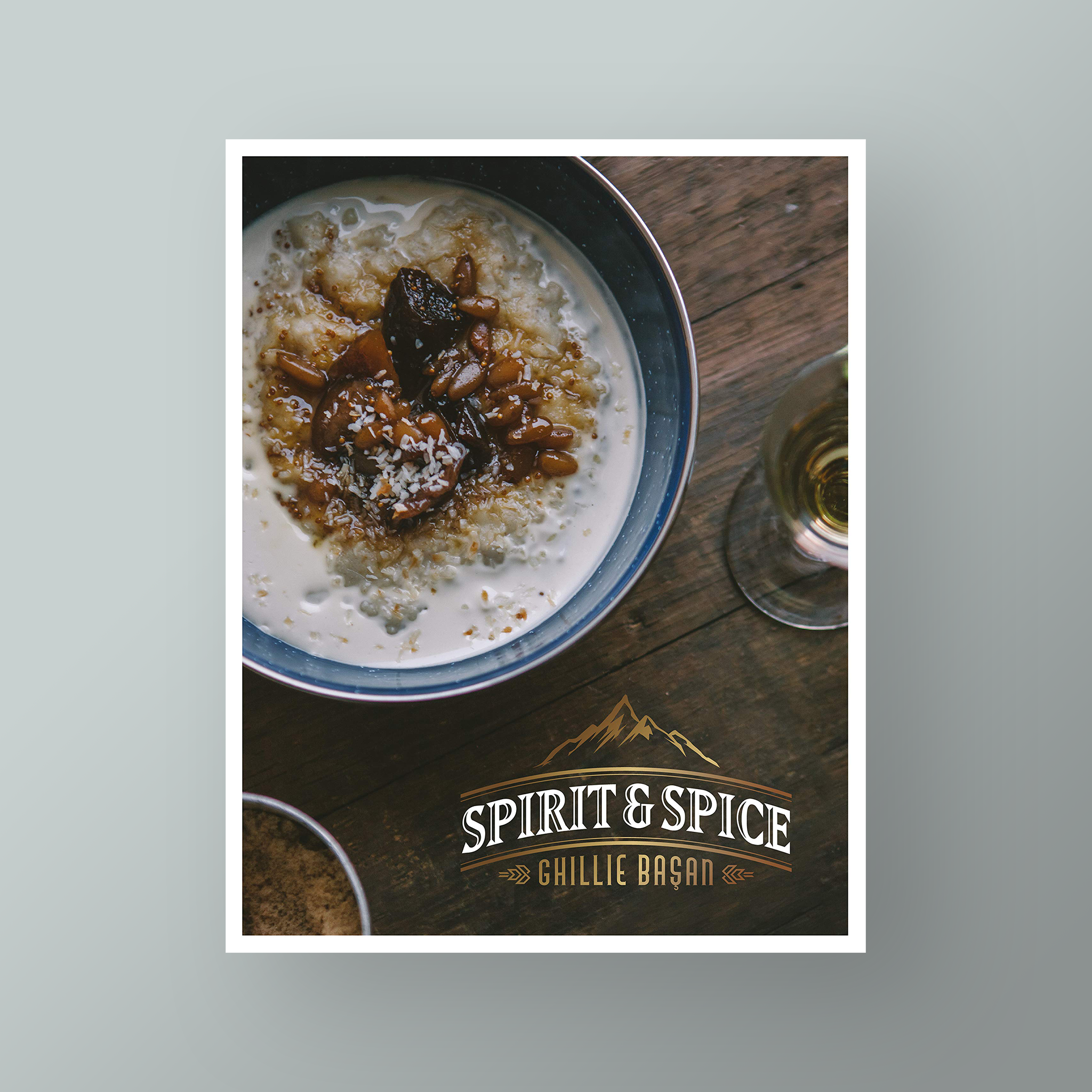 Award-winning food writer Ghillie Basan delves into the Scottish larder sharing her expertise in pickling, preserving, smoking, foraging and outdoor cooking, and opens up whole new worlds of flavour with her approach to food and whisky pairings. Basan tells the stories behind the recipes to paint an inspirational and heartfelt picture of family life in one of the wildest and most beautiful corners of Scotland. (From the publisher) 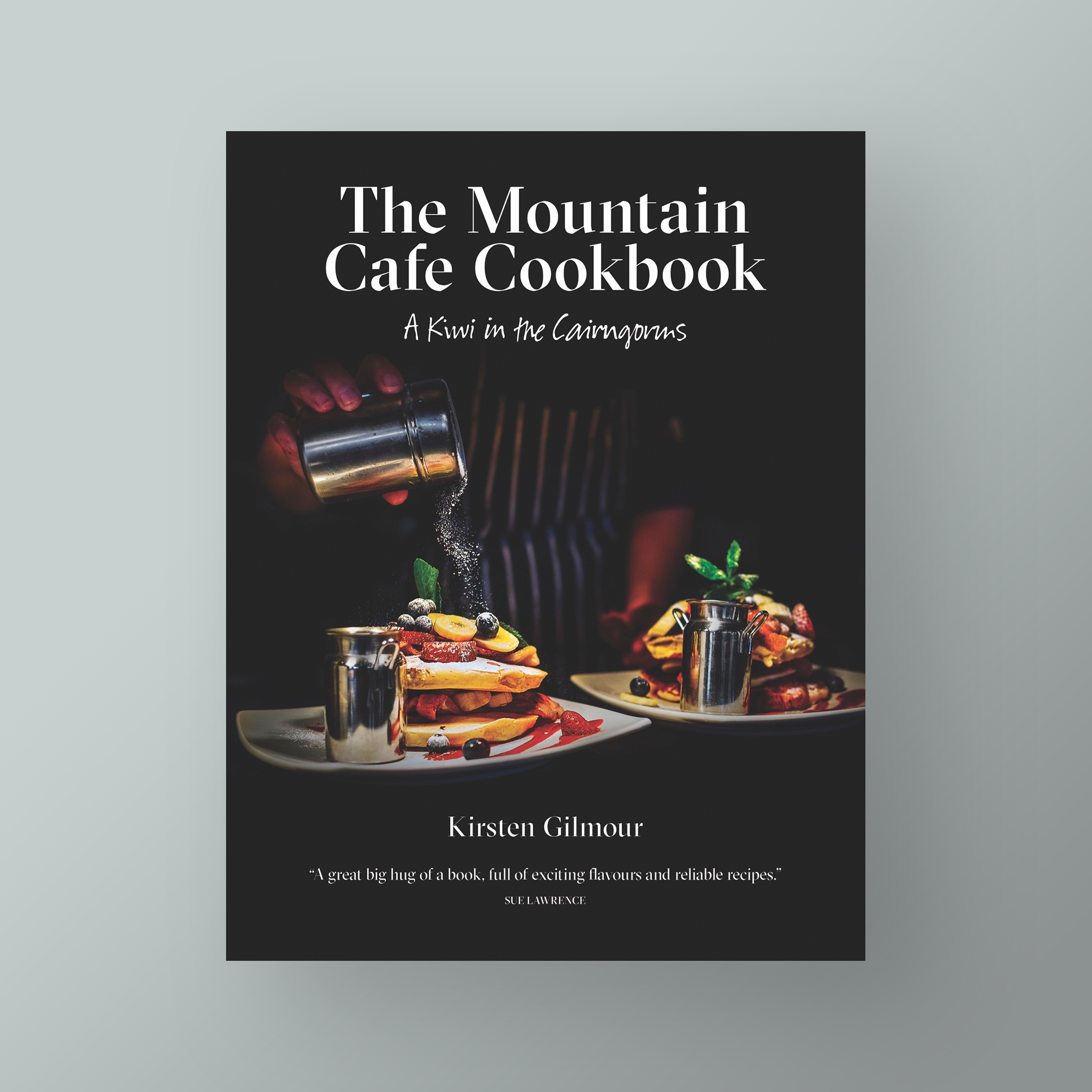 Legendary breakfasts to fuel days on the mountain; inventive, zesty salads and indulgent and luxurious cakes: these are all hallmarks of Aviemore's Mountain Cafe. Owner-chef Kirsten Gilmour draws on her Kiwi roots to turn out contemporary dishes with an antipodean love of fresh and bold flavours, and in her debut cookbook she shares her secrets and inspirations with you. (From the publisher) 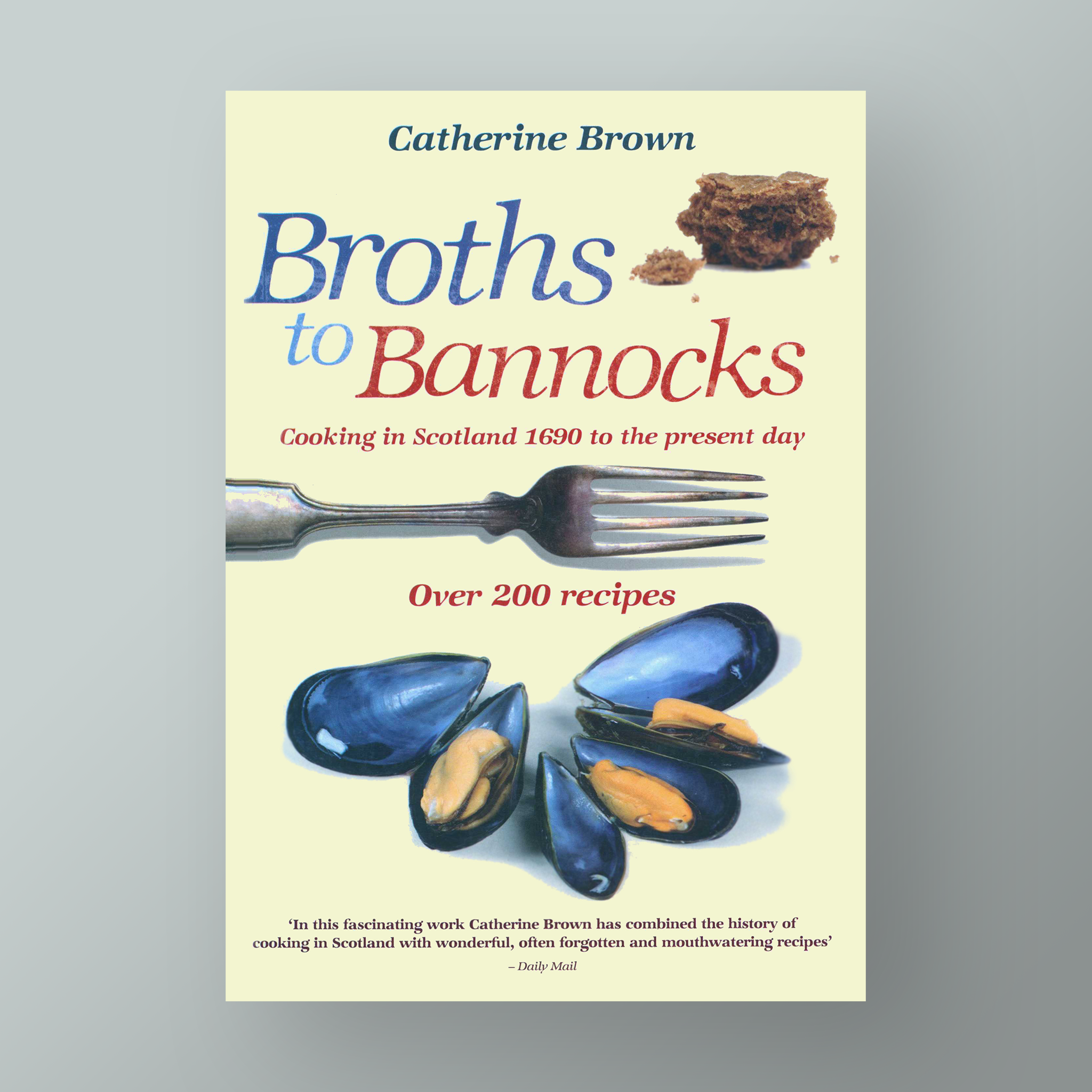 Broths to Bannocks: Cooking in Scotland 1690 to the Present Day

Investigating the roots of national cuisine from a study of archive material and historical cookery books. From the open hearth kitchen of Sir John Foulis of Ravelston in the 1690s to the stone-flagged dairies of Orkney in the 1980s the pageant of history is mirrored in the kitchen. Rarely has a nation’s cooking been so passionately celebrated. More than just a collection of recipes, Broths to Bannocks takes us on a tour of Scotland’s kitchens, from the late 17th century to the present day, that reveals all that is simple and authentic in the nation’s food traditions. (From the author) 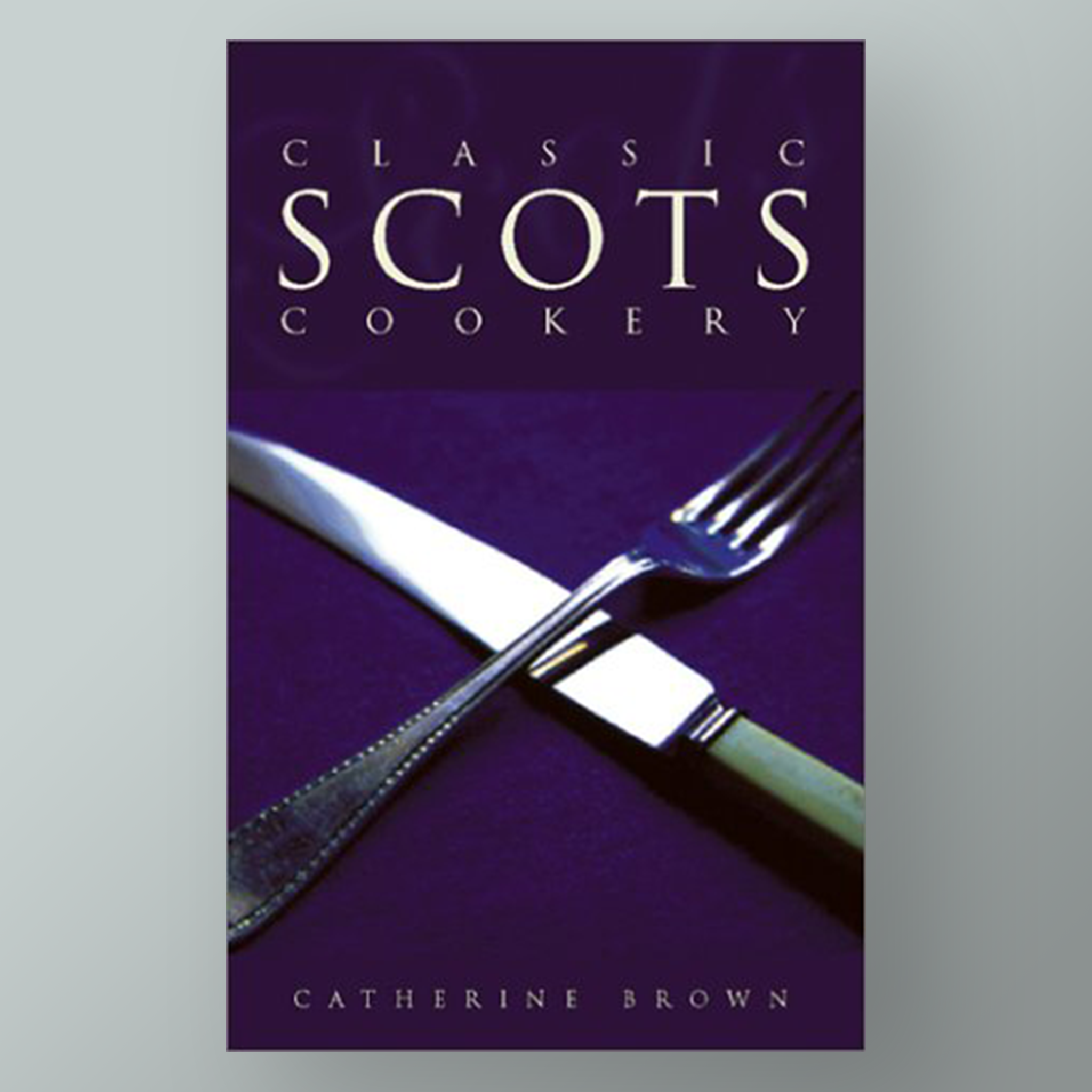 A comprehensive approach to classic Scots cooking . . . this is not just a book on how best to cook and enjoy all the great, fresh natural produce of this fertile land. It is also a wonderful history of these foods, which takes the reader and cook on a journey back to the kitchens, inns and fishing villages of the past. (From the publisher) 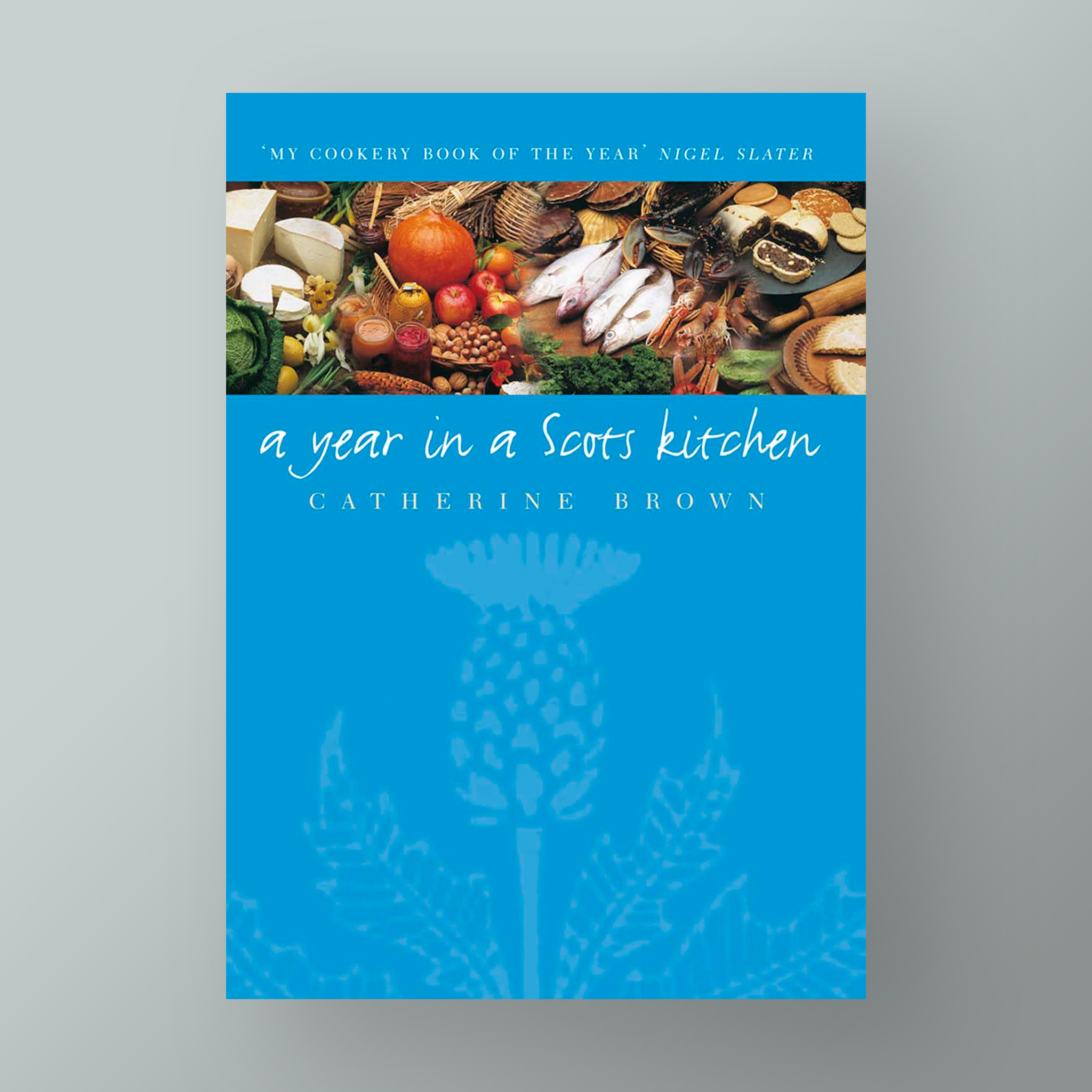 A Year in a Scot's Kitchen

Catherine Brown presents and explores a feast of seasonal and celebratory foods throughout the year. She is guided by the guardians of Scotland's culinary treasures—the farmers, fishermen, artisans and craftspeople in the food industry who follow the natural rhythm of the seasons as they grow, harvest, smoke, cure, preserve and cook food. [It’s] a fascinating glimpse into traditional eating habits and seasonal festivities. (From the publisher)

Ghillie Basan is a Scottish-based food and travel writer, cook and workshop host. Her books have been nominated for the Glenfiddich, Guild of Food Writers’, and Cordon Bleu awards. Her most recent title is Spirit & Spice availble on ckbk. For more about Ghillie Basan visit https://www.ghilliebasan.com/ or follower her on Twitter and Instagram.

Ghillie Basan is a featured author on ckbk, home to the world's best cookbooks and recipes for all cooks and every appetite.